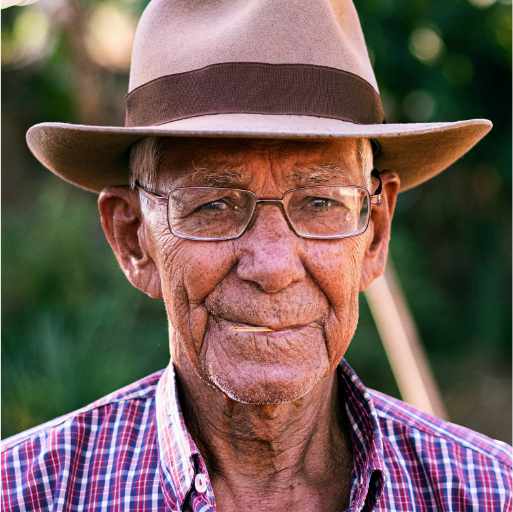 Climbing probably saved my life by putting my life at risk.

In 1972, I was teaching in Sauk City, Wisconsin and knew nothing about climbing other than what I had read in a famous Sports Illustrated article about the first climb of the Dawn Wall. I never thought I would climb.

I thought I was in reasonably good shape, but now, looking back, I can see it wouldn’t have lasted. Way too much drinking and some dope.

Then a friend from college told me that he had started climbing and encouraged me to try it. I was hooked from day one.

I started climbing at Devils Lake, WI. It was a mixed bunch of climbers. Some were famous, such as Pete Cleveland and Jim Erickson. Others were university types from the UW Hoofers Club. People in the craziest group were known as Hooters because they would holler “Hoot, hoot” in a high-pitched owl voice in order to find the others.

For seven years, I climbed at least three days a week. Being a teacher was great because it meant that I had my summers off to climb. Until I got married, climbing was my life. I had a positive addiction to climbing. My love for climbing and a degenerate lifestyle were mutually exclusive. I had to choose.

I chose climbing and exploring the wilds. Climbing demands physical and mental discipline. It is a chance to experience an LSD-type existential oneness with the world without drugs. It necessitates complete focus; complete reversion to an animal existence.

I’ve never loved my life more than when it was at risk on a big wall. In general, I tend to worry and think about things too much. Climbing was a temporary cure.

In climbing, you reach a point where you must focus on your oneness with the rock. The part of your mind that is neurotic shuts down, and you become one with the climb. When you achieve that focus, it is a very peaceful experience. It is all about now, with no past or future, just a deep and meaningful sense of what is.

Of all those places, Yosemite Valley is the most beautiful place in the world to me. It also has the greatest and biggest rock climbs in the world. And it’s where I had my last climb.

My fiancée, Beth, and I were planning to honeymoon in Yosemite Valley, so I decided to go out early with my friend Al to climb the biggest rock face in the United States, El Capitan, via the famous Nose Route.

We needed to practice and acclimatize before our big climb. We chose the Arch Rocks, Quicksilver (on the Cathedral Rocks), the Nabisco Wall and Cookie.

Having lacerated my arms from wrists to elbows (they looked like raw ground beef) on our first climb (Yosemite rock is granite and abrasive with edges sharper than some old kitchen knives), and following a fairly debauched evening, I declined to lead on our second day of practice.

Our third day was the climb I had been pining for – the Wheat Thin on the Nabisco Wall. A reasonably skilled climber could grab the flake and lean out in what is known as a lie back and walk up it using the counter pressure from climbing shoes pressing on the wall and arms pulling out and back on the flake.

It was my specialty. I was looking forward to it – a muscle climb. But what I didn’t know was that there was an unprotected traverse to the start of the flake. It shouldn’t have been a problem because the traverse was easy; however, to get from the traverse ledge to the flake, you needed to move up and off the ledge and get a good hold on the flake.

A slip would have been monumental, and the chances were good of slamming into something on a fall. I could sense something starting to shift in my approach and my attitude. In previous years, I led on climbs that were notoriously unprotected and that necessitated moves harder than those facing us that day on the flake.

I rationalized on the grounds that I could not get hurt before our big climb up El Cap, so I backed out and asked Al to go for it. I still regret that because the flake was easy for me and it would have been a wonderful lead.

By the next day, lack of rest plus too much beer and lacerated arms had diminished my climbing confidence to a fraction of what I had started out with. What little was left was vaporized on an off-width climb known as Cookie.

On the climb, I tried facing both ways but could not find secure purchase. I could see Al below on the belay stance looking at his watch and tapping his fingers. I looked down at Al and said, “I can’t do this.”

The final bit of air went out of my climbing ego. We went back to pack for the Nose.

The Nose was the first route on the great wall of El Capitan. Completed in 1958, it took 47 days, with a 15 hour final summit push by Warren Harding in which he hand drilled 28 bolts to get up the final long overhang. Top to bottom, much of the climbing was done on aid, pulling oneself up on pitons and protection points.

In 1979, it was still considered a hard climb because of its length and incredible exposure, even though improvements in hardware and training had made it less insurmountable. By the time we did it, it was being done in a matter of days. We figured it would take us three days, four at the most.

On the last pitch, I jumared to the top, unclipping from the old bolts that Warren Harding had placed in 1958. Jumaring is moving up the rope on mechanical ascenders that slide up, but not down. I swung free and dangled in thin air, almost three thousand feet above ground, slowly revolving as I moved up and unclipped the protection that Al had used to lead the climb.

Jumaring to the top of El Capitan is like hanging out the bomb bay of an airplane on a piece of half-inch rope to which you are connected by nothing more than a pair of thin metal clamps. Below us, the pine trees looked like little clumps of grass rather than the hundred foot behemoths they really were. The mighty Merced River was a thin blue rivulet.

“What if a jumar broke? What if something pulled out? What if the rope had become abraided without our knowledge and was to suddenly part?”

Those are not things you can think about on a climb, but I was. I tried to rid myself of fears, but in shaking my head, I rattled loose other memories from the trip – failing on the Cookie; the bad bolts on Quicksilver; backing down from the move on Wheat Thin.

By the time I got to the top, I knew my climbing was over. I had had a good run, and it was time to move on.

Once you stop enjoying something, it is probably negative. One you stop laughing, you’re screwed.

Thinking about it now, out of all the friends I have who were involved in serious climbing, I am the only one who was not injured or killed. You got to know when to fold ‘em.

All in all, the climb was nearly flawless (although I can think of one or two slip ups we had that we caught in time). We did it in two and a half days, respectable at that time. Moving so fast that we were going to have supplies left over, we even left a gallon of water on a ledge for future climbers.

Before our wives arrived in the Valley, Al and I went for a hike. We found one of John Muir’s famous slides and went for it, landing in a deep, icy, glacier-fed pool.

Walking out from our hike, I was carefree, my climbing frustrations and fears left behind. Sliding down the granite water slide and hiking had been one of my best days in the mountains, and I was never higher than ten feet off the ground.

The only memories that remained were good ones.

For better or worse, climbing made me who I am. It gave me confidence I never had and some mental toughness. I would not want my kids to do it, but I am profoundly grateful for the chance to do what I did.