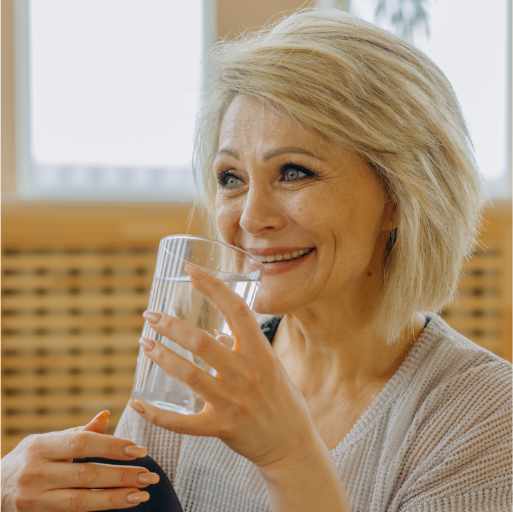 My first job was at Jaeger on Regent Street, London, and I went on day release to study fashion at City and Guilds College in Westminster.

I had itchy feet then, so moved around a lot.

One of my first jobs was working as a chamber maid in a hotel in Jersey – my parents visited me there. It was the first time they flew. It was there that I met three Aussies – three guys – on their travels and decided to join them.

We hitchhiked to France and Spain, staying in YMCA hostels. One of the guys always stayed with me – they were really protective of me.

Eventually, at a resort in Spain, I decided that it was time to go home.  When I got back to England, I started to work at the newspaper offices, and it was there that I met Lawrie.

I was fortunate not to have to return to work when the girls were small, but did various voluntary roles. My first volunteering role was with an adult literacy programme for people who were deaf or hard-of-hearing, which I enjoyed very much.

I feel that disability awareness has improved and was greatly helped by the 2012 Paralympics, which we went to with the rest of our family. It was a fantastic experience.

When my husband took up golf, we decided to do it together, little realising what a huge role golf would play in our lives.  The club was in Bromley, and Lawrie still goes once a week.

I joined in 1980 and initially, equality wasn’t an issue. Then, gradually, it became a problem.

Women had no say in running the club; they had restricted times to play; and it was only the year before I joined that women were no longer required to knock on a special door to be admitted.

The year that I joined, only members, ie the men, were allowed at the bar. There was a tiny, separate area allocated for women’s seating.

When I was elected Lady Captain, in 1994 or 1995, I decided that equality in the club would be my issue. I put together a committee of women.

Fighting for equality at the club was just extraordinary – it became a huge thing in our family life.

We started the campaign by writing a very polite, pleasant letter and were completely rebuffed. We spent years going back and forth with the club’s directors. Eventually, I even had a letter published as the lead letter in the Daily Telegraph sports section.

As this went on, it became increasingly unpleasant. Even Lawrie felt the effects. I was even threatened with being thrown out of the club, but eventually after several years of campaigning, we gained equal status. That was in 2000.

Amazingly, the debate [over equality in general] is still raging today.  It is interesting to see how opinions change over the years – attitudes are generally slow to change.

After the vote at the club, it took a while for things to start to change. Gradually, as women got places on the top board, things started to change. Now, even the men’s bar has become a member’s bar.  It was a very interesting episode in life, but it turned my girls off of golf.

Now, I work one morning a week with the Citizens Advice Bureau. It gives me the chance to see how policies are affecting people.

The Bureau has a unique position in its access to people and so can observe first-hand the effects of social policy change, which is useful to the government. For example, the recent payday loans debate was instigated by the Bureau.

It’s interesting to see how change happens. For the most part, I think that my generation thinks life changed for the better after the war.  I think I have lived through some of the best times.

Now, I feel that people are too materialistic because they don’t have those lean years to compare life to, and too often, you can have things immediately on credit, rather than waiting and saving.  People think the wrong things are important. Where we grew up, very few people had a car; no one owned their own home.

I’m a bit disappointed with politicians now – their priorities are not right. As can be seen in the reform of the welfare benefits system. No one disagrees that some people don’t need support.

The problem is that some of the most vulnerable people are being unnecessarily penalised, especially those with mental health problems.  At the Citizens Advice Bureau, I’ve seen a young man with a serious mental health condition who had been evaluated as fit for work.

I’ve always felt socially aware, and I’m not sure why. Was it our circumstances? Our start in life followed by Lawrie’s success?  I think it is important to help people who are less fortunate.