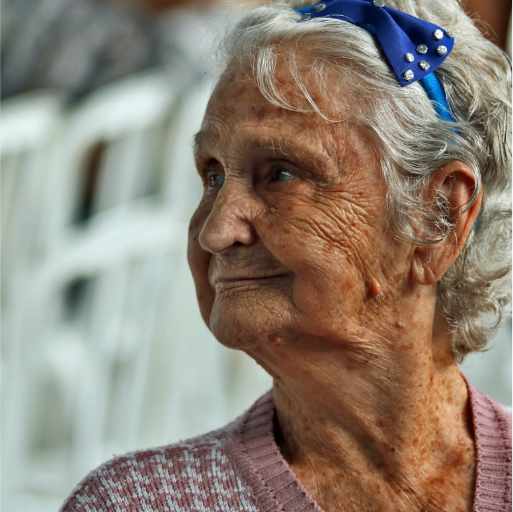 I was born at home in Grantsburg, Wisconsin on May 29, 1920 and was the baby of the family; I had three sisters and one brother.

My mother’s family name was Moan. She came to Wisconsin from Norway when she was 16 years old, travelling with her dad, two brothers and two sisters.

My father was a first generation Norwegian born in the USA; his family name was Erickson.

My parents spoke Norwegian in the home, so I learned it, too.

Later, I would speak Norwegian at home when I didn’t want my children to know what we were talking about.

My family farmed. My parents owned 40 acres and grew many things, including potatoes, corn, a huge vegetable garden, plums and apples.

We had cattle, as well – Holstein milk cows.

Plus three horses – two for working the farm and one for riding. All the children grew up knowing how to ride. My parents never owned or used a tractor on their farm.

Us kids would ride the work horses when they were used to till the garden, and no, we didn’t use saddles.

The horses were huge work horses so had very broad backs – perfect for small children to sit on.

We also raised hens, chickens and sheep. Every year, we sheared the sheep and sent the wool to a factory to create wool batts for homemade quilts. I learned how to make wool quilts, and when I was older, I made them for many years for every member of the family.

We drank the milk from our cows. Back then, it was unpasteurized. Most of the milk would be sent to the factory for processing; the rest of the cream and milk would be kept back for the family to use.

We were nearly self-sustaining – the potato garden was huge.

I learned how to can by watching and working with my mother. Canning kept us self-sustained throughout the winter. We even canned chicken.

The farmhouse had a fruit cellar that kept the food cold; all the canned food and vegetables were kept there, and you reached the cellar through a trapdoor in the pantry, something most modern homes no longer have.

The farmhouse also had a summer kitchen. A sidewalk from the main house ran down to it.

We cooked for all the workers on the farm and always had homemade bread. I still make it because I don’t like bought bread.

In the winter, the area farm community would take turns hosting community dances every weekend. A different family hosted each time, and whoever hosted would put on a big spread, and people would bring food to share as well.

When our family hosted the dance, I played the piano, and my dad played the violin.

Every year, as part of our Christmas celebration, all of us children went yula-booking.

Yula-booking was the dressing up in costumes, with masks, and going to peoples’ homes to have them try to guess who we were.

In the spring, for May first, we would gather wild flowers from the forest behind the house and put them into baskets, along with homemade candy, and put them on friends’ and families’ doorsteps, ringing the bell and then hiding to make sure the door was answered and the basket discovered.

Laundry was a year-round activity. In Grantsburg, on the farm, we had a ringer washer, something I continued to use in Frederick when I was married and also later in New Richmond after we had moved there.

I didn’t use an electric washer until we moved to Roberts.

Back then, all the laundry was hung out on the line, even in the winter and was only taken in when it snowed, and even then, it was hung in the basement to dry.

Everything was ironed because there was no polyester back then, no modern conveniences.

My dad died in 1987, and he never once ate bought bread; I still can’t eat it myself.

Neither Ralph (my husband) nor I ever wanted to live on a farm because it was too much constant work, for the farmer and his or her family. You could never leave because the cows always had to be milked at the same time every day.

Back then, we only milked once a day. Now, it’s two or three times; I’m not sure that’s a good thing for the cows.